“In the end, it is the most diverse urban constellations that make up the galaxies in question, and forA is an experimental and dynamic model (searching) for some of their potential futures.”
—Hannes Stiefel, responding to the forA on the Urban manifesto 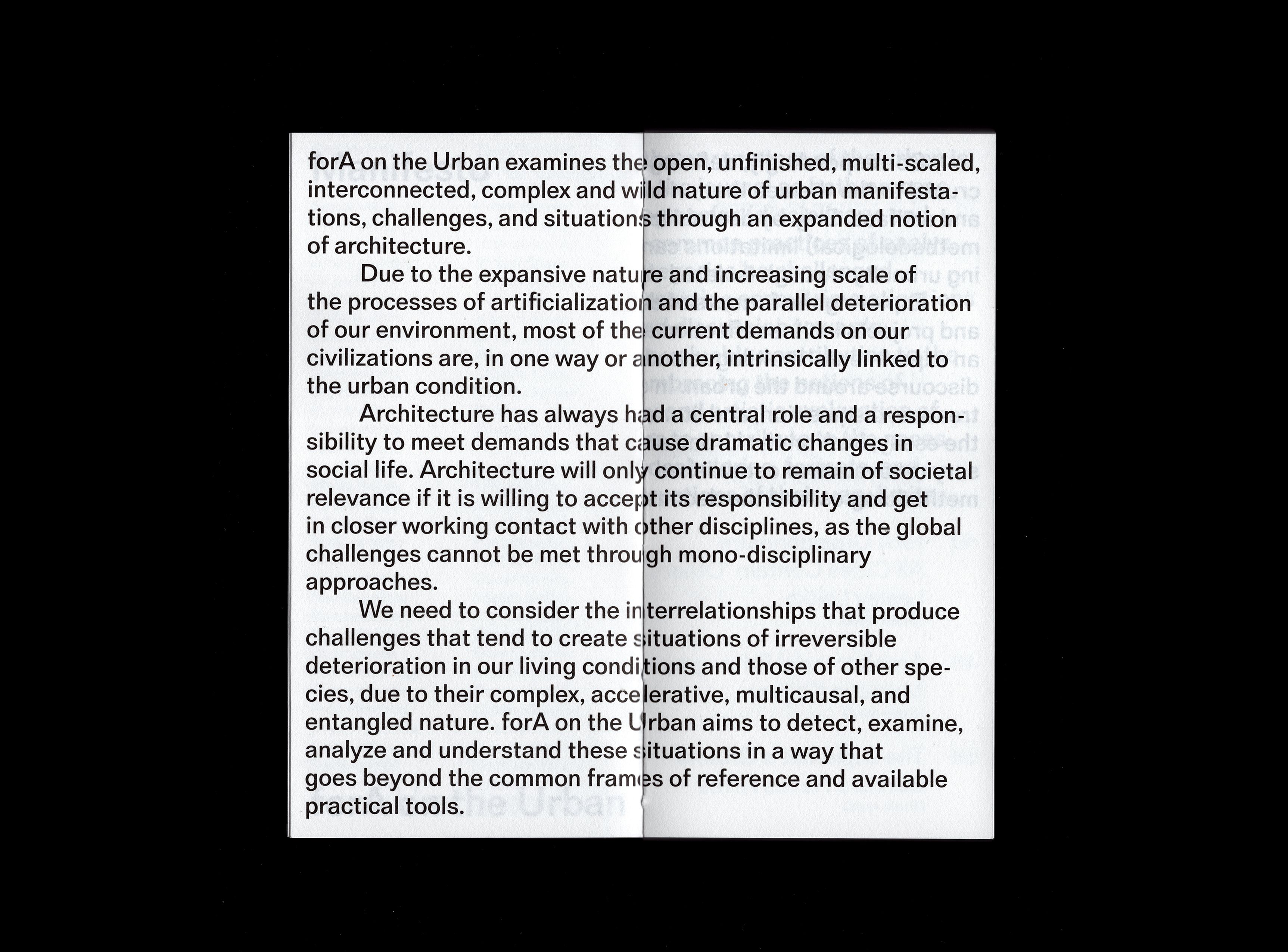 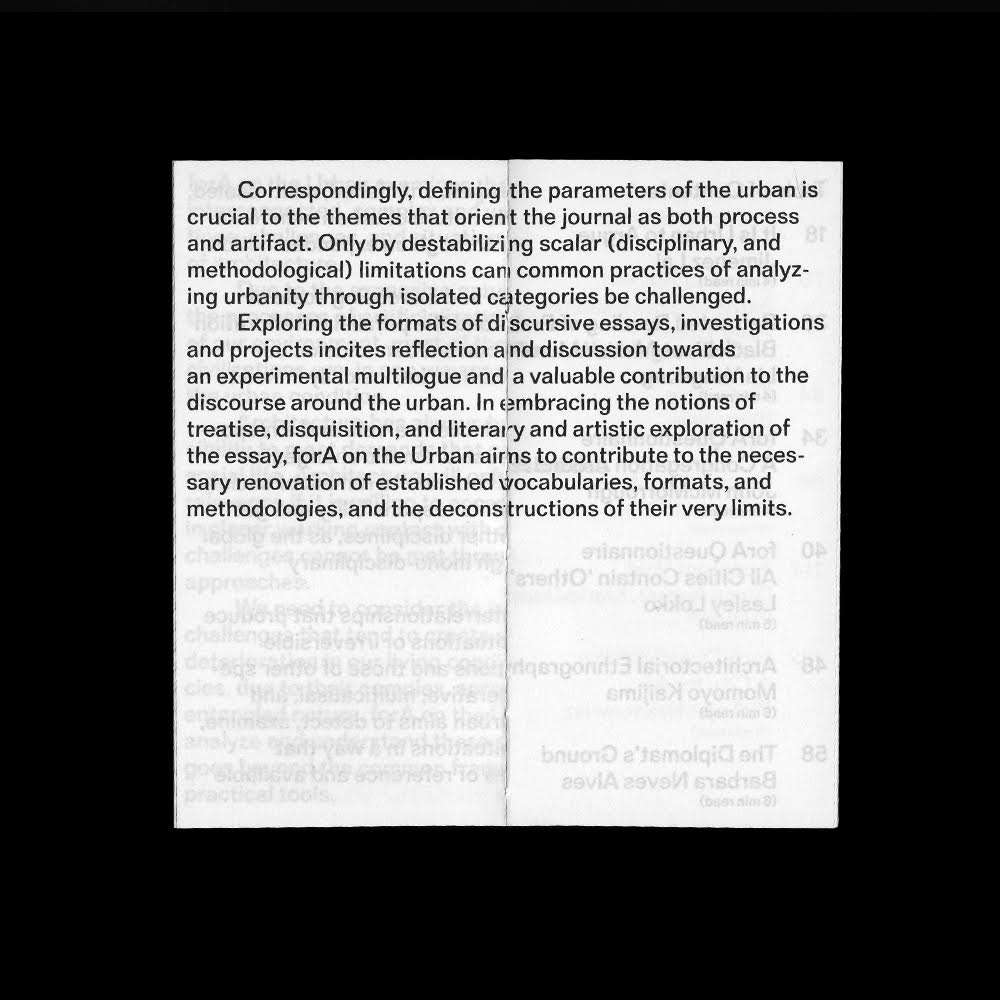 The attempt to establish a discourse on the urban that reflects the multifarious natures of its subject in its own format is a courageous endeavor—particularly in times when the way we inhabit the earth is finally really being called into a fundamental question.

The New Climatic Regime took command and demands from the disciplines of architecture and planning to take a stand. No other phenomenon has confronted the urban more radically with its own capabilities and limits—and it will continue to do so with increasing frequency. Hence, a substantial part of our attention and time is needed to explore the spaces in which processes and objects of both the urban and the environmental (ecological) increasingly challenge each other in constant flux.

The urban, the environmental, and forA itself share the rejection of the prioritization of “the object” in favor of exchange and connectivity. And yet the significant form of an object or a unique individual voice will never become obsolete—on the contrary: its particular form co-directs, specifies and deepens the envisaged conversation.

How I understand forA’s ambition and operational strategy: The forA manifesto, by its claim for fathoming investigations of the dynamics that could turn a world of inertia into one of change, introduces the concept of forA on the urban as a model. A model for (hopefully not only the discourse on) urban change. A model (from the Latin modulus = measure) is by definition a measuring device, a plumbing tool, a mediating structure, a research instrument. By being rooted in an essayistic format, forA contributions offer objective cognition as the result of subjective regards and common insight in consequence of individual views. forA on the urban in turn functions as the galaxy, the gravitationally bound system of its parts (contributions) that moderates and fosters exchange, connects, coalesces the emerging vocabularies, formats, methodologies and further models – and thus at best deconstructs their own very limits.

In the end, it is the most diverse urban constellations that make up the galaxies in question, and forA is an experimental and dynamic model (searching) for some of their potential futures. In architecture, the idea of a model is constantly pushed to its limits. And by building, architecture is capable to test and further develop such highly needed experimental models in the scale of 1:1, and thus to activate them in concrete societal and environmental contexts. Hence, in order to become a true tool for change, forA’s extended goal in my opinion ought to be: to physically realize the postulated expanded notion of architecture as an integrative force in the multilogues that will create our desirable future’s material and immaterial urban environments.

Annotations is an ongoing project initiated by the editors of forA on the Urban which seeks to extend and deepen the ideas and discussion that emerged in issue #0. New and previous contributors to the journal are invited to reflect on the subjects of the publication by engaging directly with the printed object, whether by writing in the margins of the page or transforming the journal into something else entirely. Annotations is meant literally: that is, issue #0 becomes a working document (and surface) for collecting reflections and thoughts. In doing so it allows the conversation on the urban to move in new and surprising directions.

Hannes Stiefel is the founder of Stiefel & Company Architects and a professor of Architecture at the Academy of fine Arts Vienna, where he leads the platform Ecology, Sustainability and Cultural Heritage (ESC) at the Institute for Art and Architecture (IKA).