Designs on the Land: ”Decolonization“ and the History of Architecture to Comeby Andrew Herscher
(14min)
(FIG. 1) 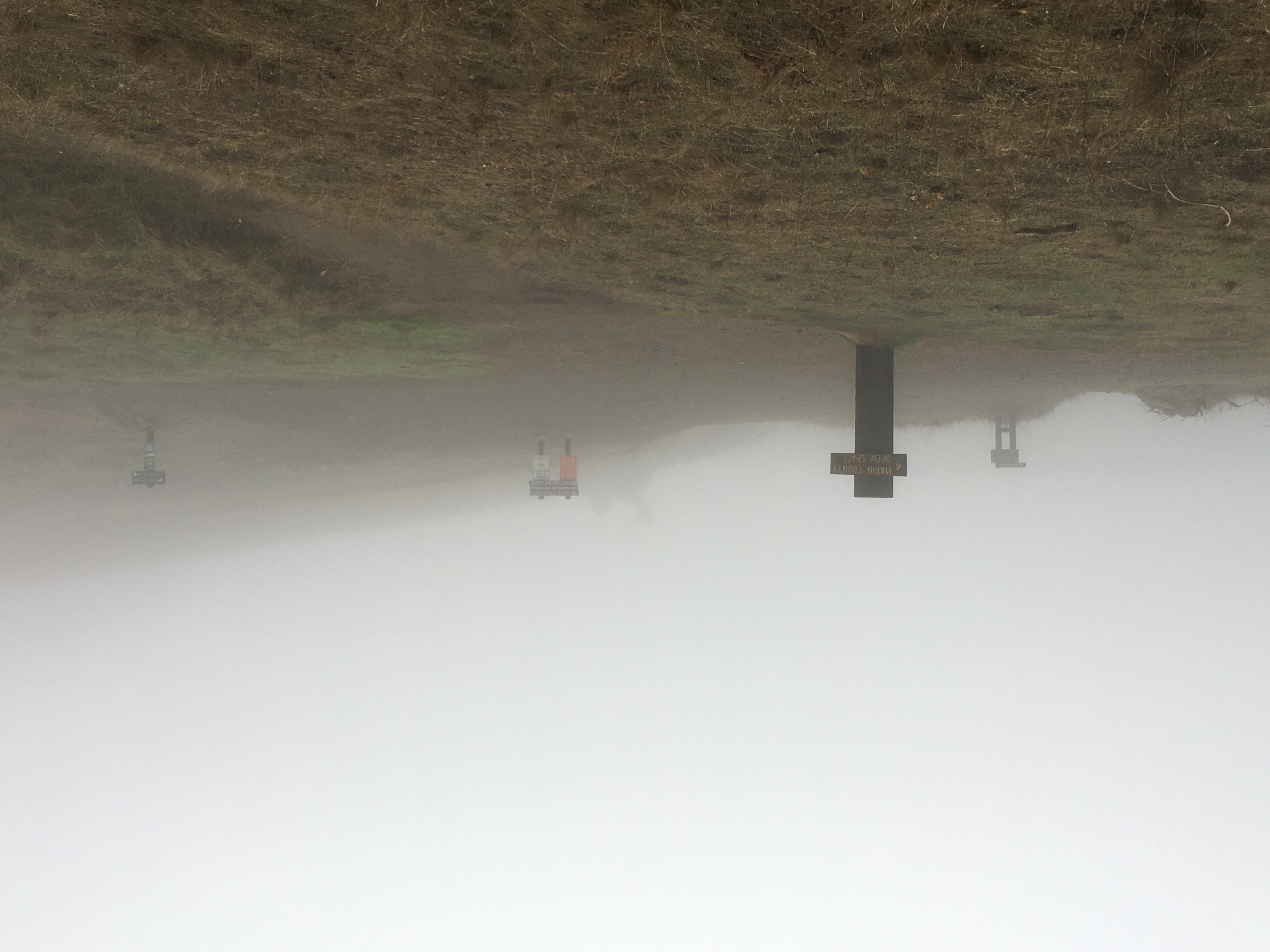 I’m writing to you from occupied land. I’m not from here, but most of the people who say they’re from here are not from here, either. We have all settled here after the Miwok and Pomo people who once lived here were removed by a colonial violence that was truly democratic, carried out by the state and its citizens alike. It’s winter. The Eurasian grasses that came here in the feed and bedding of settler livestock green the hillsides. The fog rises from the Earth instead of drifting in from the bay. In town, leaf blowers and brooms have swept the sidewalks clean, but trails through the mountains and canyons are still lined with fallen bay leaves, the berries of manzanita and madrone trees, acorns, buckeyes, and much else besides. This is ground cover for settlers like me; it’s food and medicine, I’ve read, for the land’s original people. This is all to say that I’m writing to you from a settler colony—a place governed by logics of whiteness and nativity established by European settlers, reproduced by their descendants, and then assimilated by immigrants in search of the wages of whiteness, my own ancestors among them. Perhaps it’s already clear that I’m writing to you from the United States—I’m in Northern California’s Bay Area—even as this settler colony poses itself in very different ways. “Is there anything to guide non-Indigenous people, a way of being beyond the limited repertoire of available subjectivities—guilty liberals, conservative nationalists, or honorary blacks—that could be more appropriate for cultivating a collective, political project?”1 All through the winter, my footsteps on mountain trails gently crush food I don’t know how to eat, medicine I don’t know how to take.

After the killing of George Floyd and the 2020 summer of racial reckoning, there have been increasing calls across the United States to decolonize architecture and its curriculum. Especially coming from students, these calls join and echo calls for a decolonization of architecture across the globe, especially in other settler-colonial and post-colonial contexts. Maybe you’ve heard some of these calls; maybe you’ve been making some of these calls yourself. In the United States, schools of architecture are, slowly, responding to these calls. Acknowledgments of the Indigenous land that schools occupy are responsibly read before public events; ambitions to decolonize the curriculum are hopefully expressed in faculty meetings and on home pages; gestures of solidarity with Indigenous people are sometimes dutifully made. This call and response around decolonization, however, at once reveals and conceals many contradictions. These are the contradictions that ensue when settlers, settler-colonial institutions, and colonial disciplines attempt to come to terms with the colonialism that is their collective condition of possibility. I’m writing to you beset by these contradictions. What follows is an account of just one of them.

Most frequently, many architecture schools across the United States are folding “decolonization” into pre-existing policies oriented around diversity, equity, and inclusion: policies that work to maintain colonial institutions by absorbing previously-excluded people, ideas, or voices into those institutions to counteract and defer calls for their structural transformation.5 This dynamic plays out in the curriculum and even syllabi. Here’s one example: at a recent panel at a school of architecture dedicated to “decolonizing architectural pedagogies,” the first question raised was “what is missing from architecture’s canon [...] and how can these key omissions be restored to the canon?”6 In many other similar examples, decolonizing the architectural history syllabus yields interest in “diverse sets of buildings,” architects “from a range of social classes, genders, and ethnicities,” and other manifestations of “diversity.”

These calls for a “diverse” canon of architecture might usefully separate the settler colony of the United States from the European metropoles of that colony; one of the ways in which the United States maintains colonial relationships to those metropoles is through fidelity to cultural canons that privilege European works of culture. But if canons are diversified only to introduce still more non-Indigenous work, then Indigeneity is marginalized once again—but this time in the very name of decolonization itself. Decolonization, that is, is hollowed out when it is understood as a project to make architectural education diverse, equitable, and/or more inclusive—a project that institutions across the United States have already committed to, assembled bureaucracies around, and deployed to ward off attempts to upset power structures, transform colonial relationships with the land, and build accountability to surrounding Indigenous communities. The reassertion of a canon in newly diversified form and the replacement of a canon with non-canonical case studies each fit very comfortably within the colonial university—precisely the place that canons are taught, learned, and reproduced. Reconstructing the canon and abandoning the canon do not change the relationship of architecture schools to the land they occupy and the communities, Indigenous and otherwise, whose expropriation and exploitation have built them.

Some architectural historians are also turning to postcolonial theory in order to come to terms with architecture’s manifold implications in colonialism. Assuming a prior but incomplete decolonization, postcolonial theory is appropriate and even essential to understand contexts where colonial regimes have been replaced. To frame the United States as such a context, however, is to tacitly argue that this state has in some way been decolonized. But how? As the vast proportion of Indigenous land remains in the ownership of the state or its settlers, what would count as decolonization?7 Would it be the transformation of Indigenous land tenure into private property initiated by the Dawes Act in 1887? Frederick Jackson Turner’s famous 1893 declaration of the closing of the “frontier” between “civilization” and “wilderness”? The granting of US citizenship to Indigenous people born on US territory beginning in 1924? Any of these candidates for “decolonization,” it seems to me, only inadequately substitute for the rematriation of Indigenous land, the single essential act that, for many theorists, defines decolonization.8

Decolonization is also undermined by self-styled “decolonizing” work undertaken by settlers to find redemption from colonial accountability. Pursued on settler terms, this “decolonization” allows settlers to absolve themselves from a colonialism that is understood from a distance—a distance not only from Indigenous knowledge of colonialism and ambitions for decolonization, but also from our own settler complicity with and implication in colonialism. In the essay, “How I Found the Courage to Decolonize my Architectural History Syllabus,” the author centers his journey from teacher of canonical architectural history to teacher of courses that were “more diverse, global, and incorporated both high-style and ordinary buildings,” a journey that yielded “one of the most rewarding and energizing semesters” the author ever experienced.9 What enabled that journey, from the author’s perspective, was “courage [...] rather than a deep knowledge of decolonial theory”; what disabled that journey, from my perspective, was that it was undertaken in disregard not only of decolonial theory but also of Indigenous knowledge of colonialism and decolonization, as well as the colonialism that defines the position of the author and his institution in the settler colony where each are located. Indeed, during the very writing of his piece, his institution—the California College of the Arts—was extending its campus over an Indigenous site and calling the internment of that site a gesture of “respect” for it.10

I honor the author for his attempt to align his teaching with decolonizing ends. At the same time, however, I know from personal experience how settler guilt intersects with and amplifies white guilt and how this amplified guilt provokes an urge for absolution from the colonialism that we settlers continue to benefit from. I believe that an absolution from colonialism obtained on settler terms, without an engagement with Indigenous terms for decolonization, can only yield another iteration of settler colonialism. Doesn’t “decolonization,” whether of a syllabus for an architectural history class or anything else, only reproduce colonialism when it is carried out in neglect of the long-stated and publicly-known demands of the colonized for self-determination, the rematriation of the land, and the establishment of right relations with all that the land sustains and is sustained by—air, water, plant life, animal life, and human life?

I can only write in the subjunctive about these possibilities; I cannot know whether other designs on the land will unsettle architecture. Posing colonialism’s contradictions as impasses that preclude action will only benefit colonialism; at the same time, posing colonialism’s contradictions as opportunities for settler redemption will also only benefit colonialism.12 Spring is coming closer. The sunrise is moving north, the sunset is moving south; lengthening days are shortening nights. The trees are budding, and new shoots are growing on uncultivated land. Seed-eating birds are leaving for the north and insect-eating birds are arriving from the south. The sumptuous orange, lemon, lime, grapefruit, and kumquat trees, planted by settlers after they cut down native redwoods and firs for timber, are laden with ripening fruit. What lies between the non-future of settler non-action and the non-future of settler redemption? What will open to an architecture to come? The first wildflowers are blooming, though you might want to replace “wild” with “uncolonized” if you want to find a place on this land. “I’ve always wondered why people call plants ‘wild’. We don’t think of them that way. They just come up wherever they are, and like us, they are at home in that place.”13 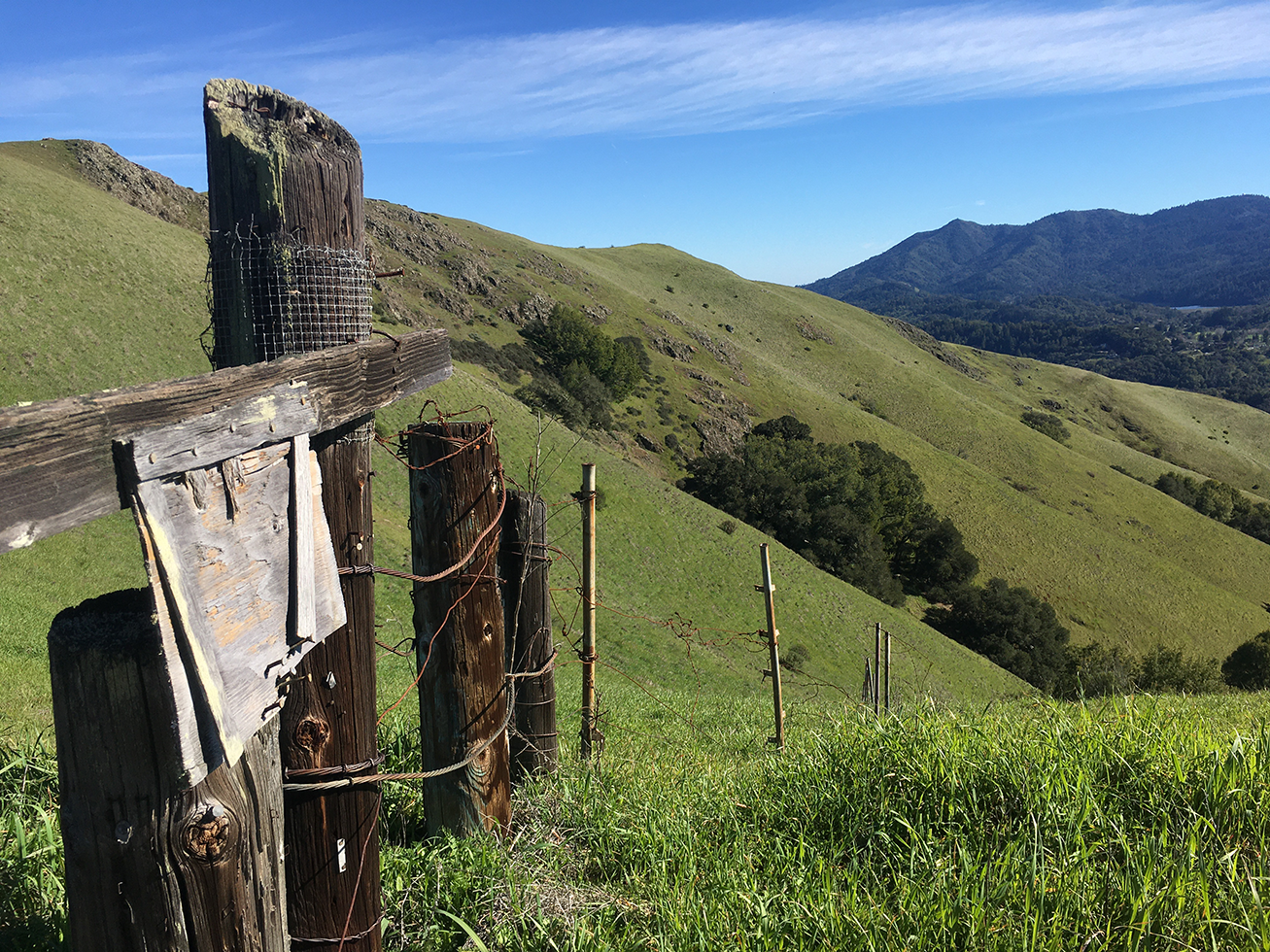 Andrew Herscher is a professor at the Taubman College of Architecture and the University of Michigan, where he co-directs the Rackham Interdisciplinary workshop Decolonizing Pedagogies. He is a co-founding member of militant research groups including We the People of Detroit Community Research Collective, Detroit Resists, and the Settler Colonial City Project. He is the author of Displacements: Architecture and Refugee (2017), The Unreal Estate Guide to Detroit (2012), and Violence Taking Place: The Architecture of the Kosovo Conflict (2010).