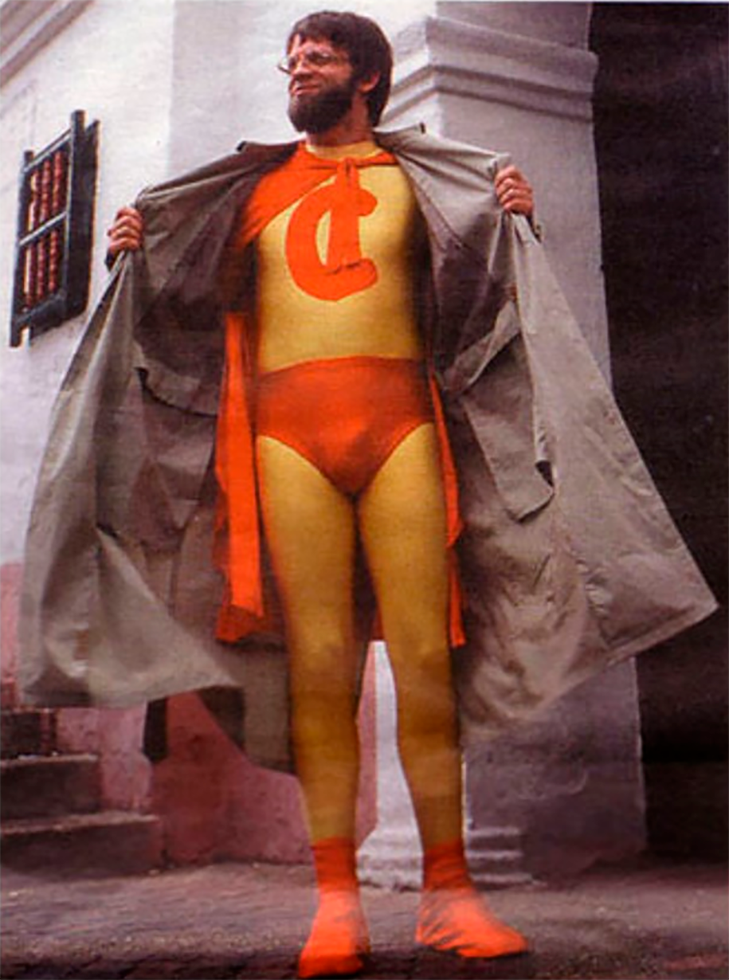 When elected as Major to the city of Bogotá, Mockus dressed as super citizen to inspire the people of Bogotá to fight to improve their lives. In Thizz.face.disco, 2010, http://thizzfacedisco.wordpress.com/2010/04/08/antanas-mockus/.

In my paper, I advance miscommunication as a concept that demonstrates how social and cultural exchanges that produce error or misunderstanding can become provocative sites for imagining new participatory processes and collective formations. Miscommunication is often regarded as the failure of communication. However, when seen as an operative concept, it becomes a transformative part of communication, revealing nuances that are generally unaccounted for, which I explore here through the figure of the diplomat.

Philosopher Isabelle Stengers proposes considering the concept of the diplomat alongside the practice of a scientist who, as a producer of knowledge, moves between territories.1 In order to produce something new, the scientist is permanently visiting unfamiliar territory but is never one with the territory she represents and also never one with the territory she comes into contact with. In this sense, the diplomat undergoes a constant transformation, becoming a figure of passage that inhabits a space in-between territories.

I explore these notions by engaging with the work of Antanas Mockus as mayor of Bogotá, Colombia, where I explore a set of initiatives planned by the municipality to tackle issues such as regulating traffic. Mockus and his team created a highly unusual set of policies, mobilizing a variety of both humorous and creative initiatives aimed at activating a bottom-up transformation of the city of Bogotá in what might be considered a large-scale urban social experiment. In these initiatives, communication played a central role and was explored as strategy, tactic, and practice in experimenting with public participation. Mockus worked as a figure of passage, a diplomat, between two dimensions of the political—the formal and the informal. This example allows a closer look at designing participation to encompass different perspectives of the public-producing modalities of agreement by negotiating miscommunication.
In setting out a communicative space as a space of speculative and practical negotiation, the practice of diplomacy allows for a space of political encounter that enables the performative and material dimensions of communication to become counted as part of a communicative exchange. Moreover, it allows thinking participation in terms that empower unforeseen partakers to mobilize political formations, by negotiating communicative arenas that may create political scenes from miscommunication.2 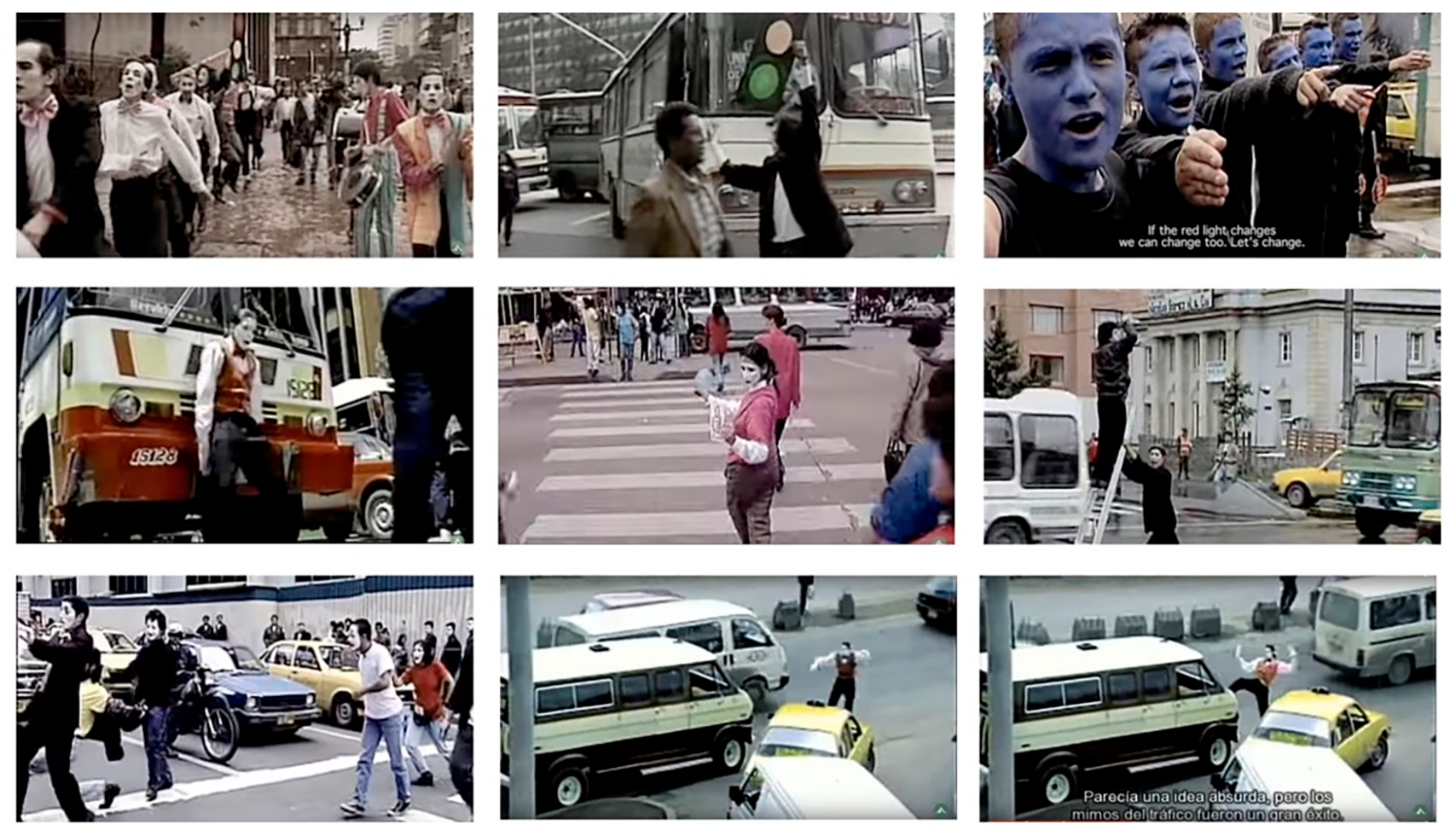